Hawaiian Gearheader Kamakea Kaahanui was excited to head out hunting on a chilly morning but wanted to take a few practice shots before engaging live targets.

“We did one last check on our bows before setting out into the hills,” he said. “I shoot a T20 and my cousin shoots a B24……both were on-target and ready to go.”

They walked for about 10 minutes and saw a herd working its way towards them. 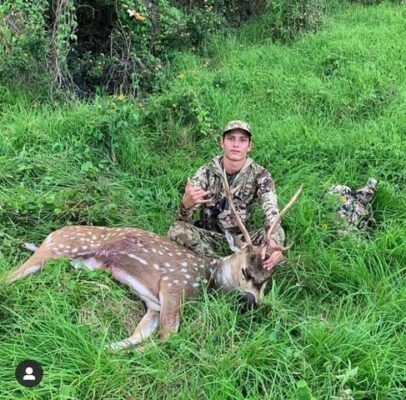 “We positioned ourselves and Steevo got the first buck of the day,” he said. “About an hour or so later, we stumbled onto this massive herd, but being a little late into the season, the bucks were few and far between.”

Kaahanui’s cousin noticed two bucks fighting in the distance and he came up with a plan to close the distance.

“I watched as he disappeared into the gulch,” he said. “A few minutes later a 27-incher comes walking out of the tall grass. Desperately trying to stay downwind, I ran along a rock mass we were sitting on and found him grazing with a bunch of does.”

Kaahanui ranged the buck at 35 yards and let one fly.

“I hit him just behind the shoulder blade,” he said. “He ran for 50 yards before expiring.”

Two bucks in one day would be a success for any duo but more was to come.

“Minutes later I hear cheering and yelling,” he said. “My cousin had landed another buck. So that’s three bucks in one day! Definitely a day I’ll never forget!” 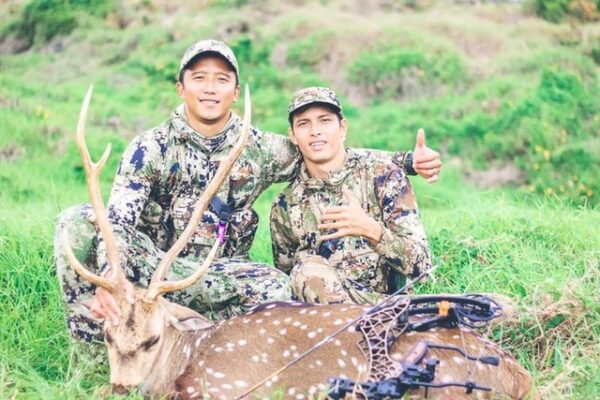 Gearhead Archery began developing unique and radical bow designs in 2008. Some of our early designs included bows with no crossover cables, power from springs, and cam timing from gears. In fact, it was the timing gears on that bow, that gave Gearhead Archery its name.

Gearhead Archery’s foundation is built upon engineering robotic equipment required to operate flawlessly, 3 shifts, 365 days a year. The precise structures of this equipment makes up the backbone that gives the Gearhead Archery bow riser its strength.